Their eclectic backgrounds, which range from acrobatics to music and dance to mime, inspired their shared interest in exploring the art of the clown.

Since 2008 the duo has been reasarching a universal language of their own invention – without using words. They belong to the tradition of great clowns, such as Grock, Buffo and Slava whose acts evolved throughout their lifetime.

Vivaldi, Strauss and Bach are on the programme…but the musicians are clowns.

Are the ‘Rois Vagabonds’ traditional or modern clowns? Or are they rather what Henry Miller aptly called “poets in action”? Either way, they give us wings with which to accompany them for a while on our shared human journey. These two clowns are not playing for laughs. The red nose, hite makeup and outlandish costumes are simply a way for them to bare their souls. 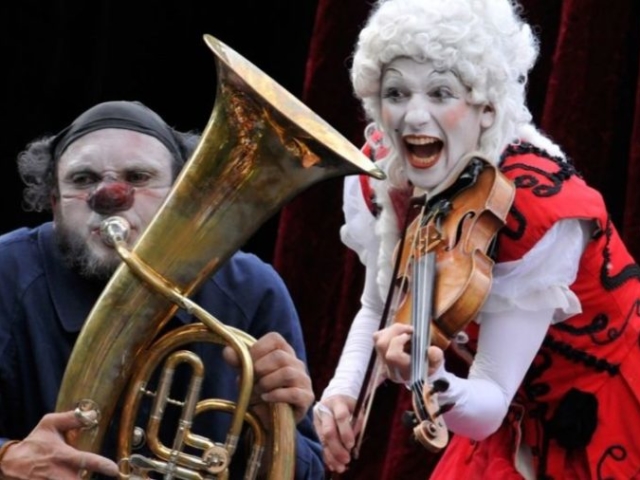 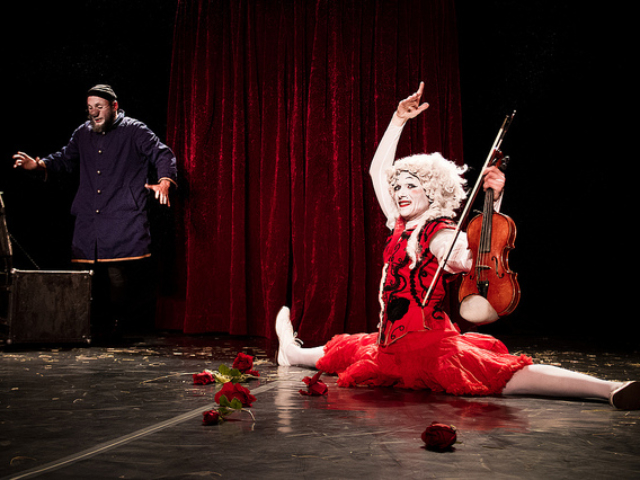 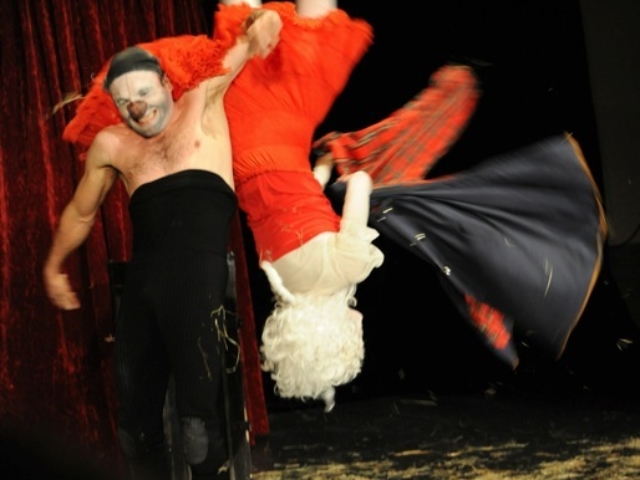 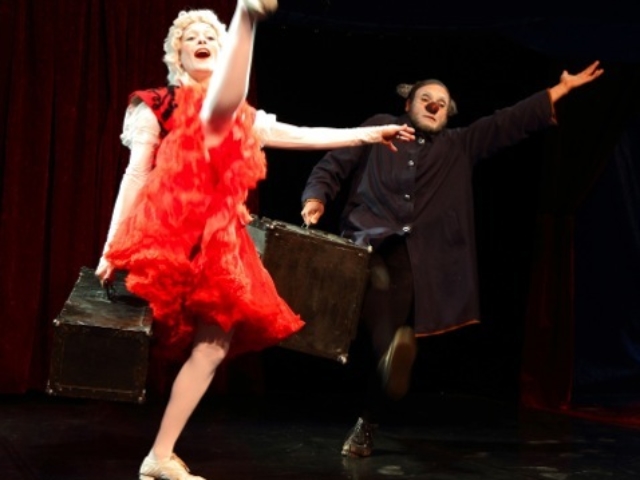 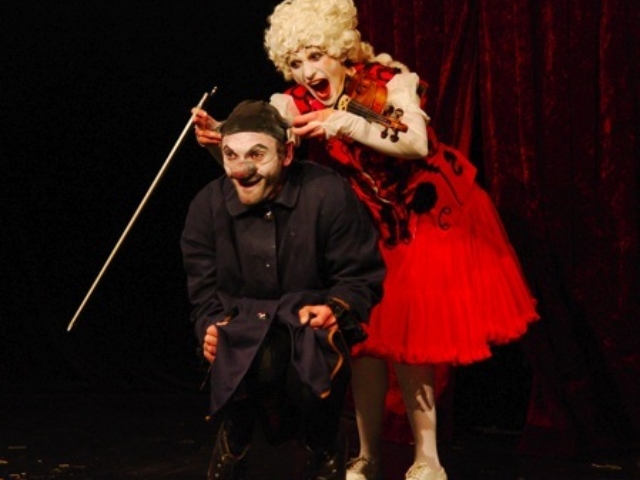 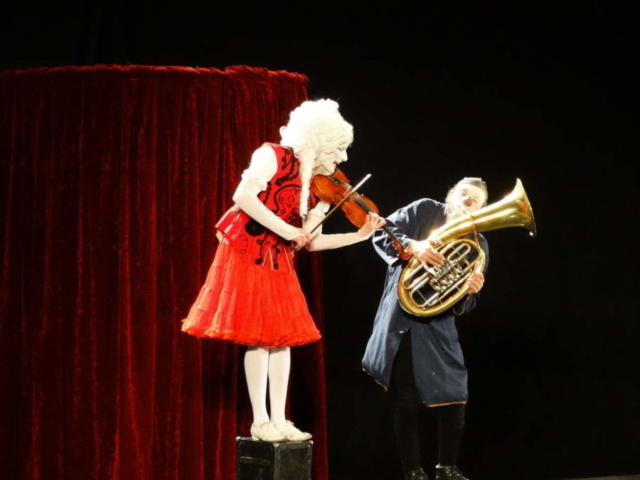