The Warsaw Village Band describes their music as ‘Modern music, played by modern people, inspired by tradition for this and future generations’. The Warsaw Village Band was found in 1997 as a response against the narrow-mindedness of the music scene which they believed was leading to the destruction of human dignity. That is why they turned to their roots in search for musical inspiration by “exploring the folklore and archaic sounds of their ancestors and instincts”.
The band is a symbol of young, intelligent Eastern European music which combines tradition with modern elements and is capable of eliciting enthusiastic responses from rock audiences and traditionalists alike. Their style is Rootsy, yet experimental, euphoric and haunting. The band has many musical traditions that were all but lost in their home country. They play traditional instruments which are rarely heard in modern music; frame drums, the hurdy-gurdy and the suka; a Polish folk fiddle from the 17th century stopped with the fingernails rather than the fingers.
Many of the band’s vocals are sung in a loud and powerful style much like the ‘open-throated’ singing from Bulgaria. Biały głos, the „white voice“ was used by shepherds in the Polish mountains enabling them to be heard over long distances. The Warsaw Village Band live show features; Dulcimer, Suka, Hurdy Gurdy, Violins and Traditional Vocals (white voices), Trumpet, Percussion, Drum, Double Bass and a Live Dub Mix. Their 7th album ‘Sun Celebration’ was released in February 2017 in Europe. It exalts in the spiritual brotherhood which crosses religious & ethnic boundaries and which the band have experienced on their travels. It presents universal stories told through the oldest Polish folk songs. All this happens in the unique ‘Transminimal-roots’ style of Warsaw Village Band, but on a completely new scale. The album features guests from various musical worlds, including; Mercedes Peón, an avant garde vocalist from Spanish Galicia, Iranian Kemanche genius Kayhan Kalhor and Indian Sarangi virtuoso, Ustad Liaquat Ali Khan.
The Warsaw Village Band celebrated their 20th birthday in 2017, got a 2-pages feature at Songlines Magazine UK, toured in Australia and New Zealand, France and Germany. The album „Sun Celebration“ got nominated for the Songlines Award 2018; the band played, amongst others, the Opening Gala Concert for JazzAhead Festival and trade-fair in Germany and Sziget Festival in Hungary. The next album Mazovian Roots Re:Action will be released in Europe in autumn 2018. 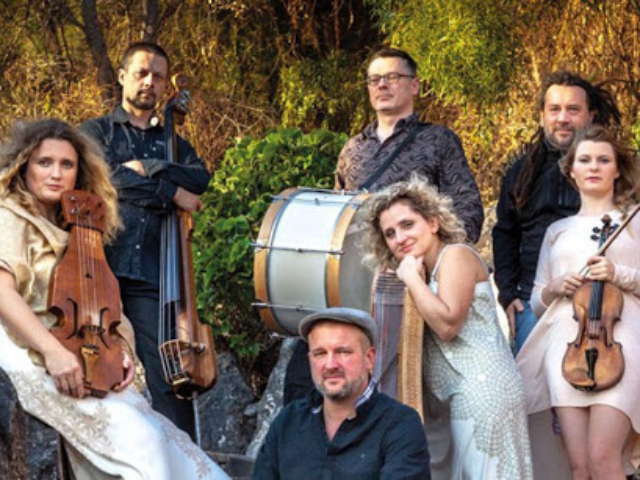 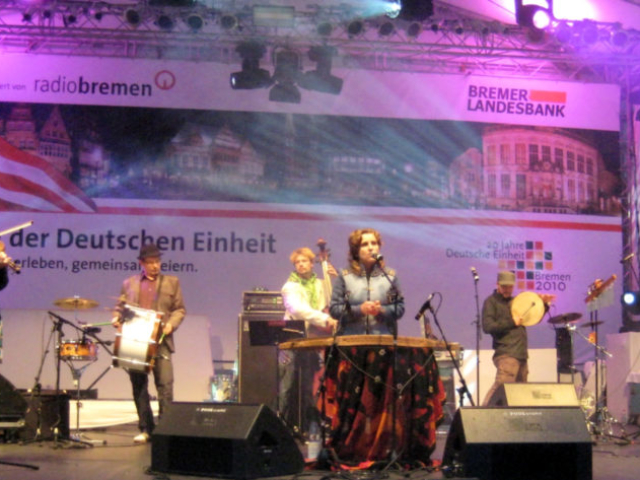 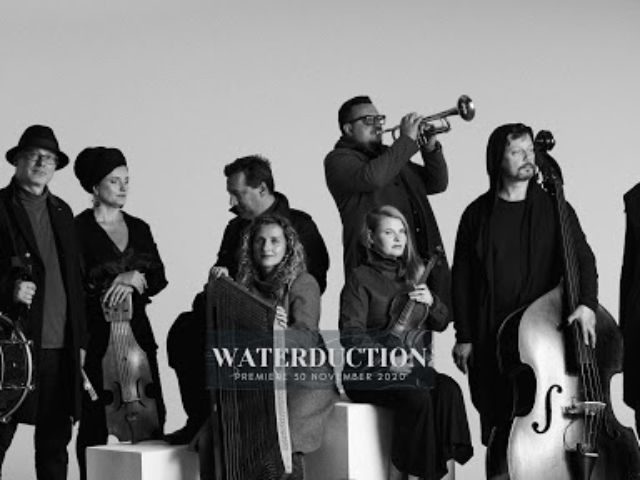