The State Opera Ballet of Tbilisi

For the second season of the newly opened Theatre, in 1852, St. Petersburg Ballet Company arrived in Tbilisi; representing the Company among others were T. Chernova, F. Manokhin and E. Panov, who presented the second act of Talion’s ballet Sylphida and Polka-Vengerka. This was the first ballet performance in Tbilisi. One year later Fedor Manokhin staged the second act of Giselle. The first full-version ballet followed in 1854, by Manokhin again; the piece was F. Tallion’s three-act ballet Gitana-The Spanish Gipsy. Unfortunately, due to the lack of finances, he returned to the Bolshoi Theatre in summer of 1854. In the eighties and nineties of the 19th century performing in Tbilisi was St. Petersburg Emperor Ballet Theatre; representing the Theatre were E. Gillper, Sofia Fedorova, Isedora Duncan, Vera and Mikhail Fokins. Here in Tbilisi Mikhail Fokin was staging his first innovatory ballets, which then brought him the recognition in Paris, on the Diagilev Seasons.

The stage of Tbilisi Opera And Ballet State Theatre was the venue for the foreign debut of Maria Perini, pupil of Italian dancer Enrico Cecchetti She presented the 32 fouette to the Georgian audience for the first time and showed them the level of ballet art abroad. Perrini had been performing on the Tbilisi Theatre during the 1897-1907 period, after which she took the concert and educational work. The creation of the Georgian ballet school is associated with her name; she founded the first choreographical studio for the classical dances. Maria Perrini lived in Georgia for 48 years and considered it as her second homeland. Her methods of classical teaching and the generations she left prepared a solid foundation for the creation of Georgian ballet. Before returning to Italy in 1936, she attended the first Georgian ballet, staged by her pupil Vakhtang Chabukiani and it became clear to her that Georgian ballet was in safe hands.

Andria Balanchivadze’s Mzechabuki (Heart of Mountains in the following performances) is the first Georgian ballet and was staged by Chabukiani. The Ballet, based on the Georgian folklore expressing the thrive towards freedom, represents the heroic tendencies and strengthens the male character’s dancing, as it introduces more energy and freedom to it. The same principles have been applied to Chabukiani’s editions of Don Quixote, Baiadera, Swan Lake, and Giselle.

Vakhtang Chabukiani graduated the Leningrad Choreographic School in 1929, then worked in the Kirov Opera And Ballet (Maria) Theatre and performed all the leading roles from the classical repertoire. He staged the Heart of Mountains in Maria Theatre after the Tbilisi performance; A. Krein’s ballet Laurencia was his next success, staged in Kirov in 1939. The work is based on Lope de Vega’s piece Fuente Ovejuna. The leading roles were performed by Natalia Dudinskaya (Laurencia) and Vakhtang Chabukiani (Frondoso) himself. Chabukiani returned to Tbilisi in 1941 and managed the Opera And Ballet State Theatre’s Ballet Company until 1973, working as the Director of The Tbilisi Choreographic School at the same time and raising the generations of Georgian ballet.

In his works a strict classical style and masterful technique, soft jump and energetic pirouettes, inner expression and burning temperament joined each other. He introduced the male dancer’s new performing style with innovative characters. This style has had a great influence on the dancers’ and choreographers’ generations to follow.

The peak of Chabukiani’s career was Othello, the choreography of which, together with role Othello, belongs to him. His partners at different periods were Maia Plisetskaya, Raisa Struchkova, Marina Semenova, Alla Shelest, Natalia Dudinskaya, Beryl Gray, Ivette Shovire. On the Tbilisi stage he was permanently partnered by the legendary Vera Tsignadze. Tsignadze – the Desdemona – recalls that “Chabukiani’s performances were not just a dance, it was something that grasped you completely.”. Their creative duo stayed on the stage for years and created unforgettable characters for Giselle, Othello, Gorda. The anniversary of 100 years since the birth of Vakhtang Chabukiani in 2010 was marked by the UNESCO among the internationally celebrated events of the year. The anniversary gala in Tbilisi featured the world ballet stars Angel Corella (ABT), Igor Zelensky, Irma Nioradze, Andrei Yermakov (the Mariinsky Theatre), Tamara Rojo, David Makhateli (the Covent Garden), Elena Gludjidze, Arionel Vargas (the English National Ballet), Carmen Corella (the Corella Ballet, Spain), Vyacheslav Lopatin, Anastasia Stashkevich (the Bolshoi Theatre of Moscow), Semyon Chudin, Natalia Somova (the Moscow Academic Music Theatre), Lali Kandelaki, Vasil Akhmeteli, Nino Gogua (State Ballet of Georgia) and the Prima Ballerina Nina Ananiashvii.

In the beginning of seventies the Ballet Company had a new artistic director – Mr. Gogi Aleksidze, Feodor Lopoukhov’s pupil, who founded the “Young Ballet” innovatory group in Leningrad during the 1992-1924 years. Raised on Lopoukhov’s ideas and innovations, Aleksidze brought a new esthetics to the Theatre. Neoclassical ballets became the part of repertoire alongside the classical works. Among these were Chaconne by Bach, Classical Symphony by Prokofiev, Les Petits Riens by Mozart, The Four Seasons by Vividly, Orestea by Falik, Variations by Chopin and also – Berikaoba by B. Kvernadze, Svaneti Legend & Antique Sketches by S. Tsintsadze,  Medea  by R. Gabichvadze, Georgian Siuita by O. Taktakishvili, Firosmani by S. Nasidze, Amazons by V. Kakhidze, Diplipito by G. Kancheli. During his time in the Theatre Aleksidze created numerous choreographic miniatures and one-act ballets that had been presented on the evenings of symphonic dances and neoclassical ballets.

The Company’s next artistic director (through 1982-1985) was Mikhail Lavrovsky, widely-known Bolshoi Theatre dancer and choreographer. Under his directorship several interesting ballets were staged – his own version of Prokofiev’s Romeo and Juliet and Gershvin’s Porgy and Bess, where he performed the leading roles himself. 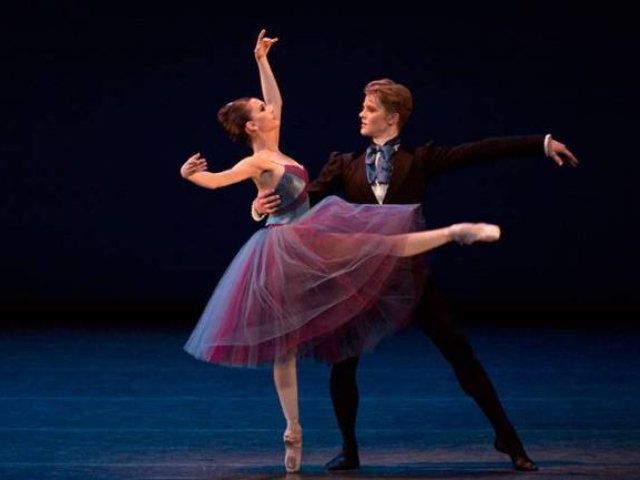 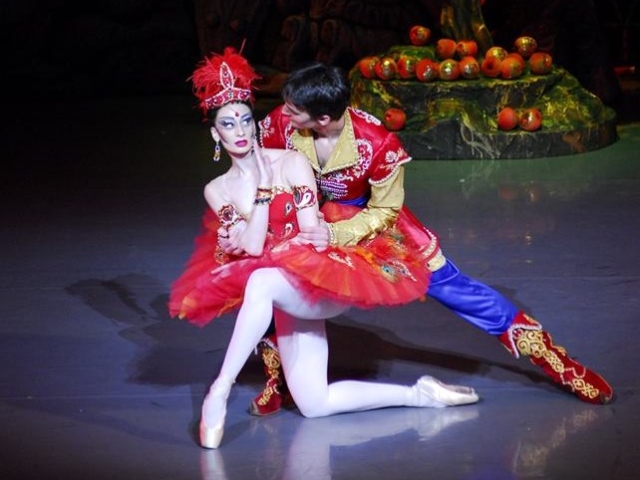 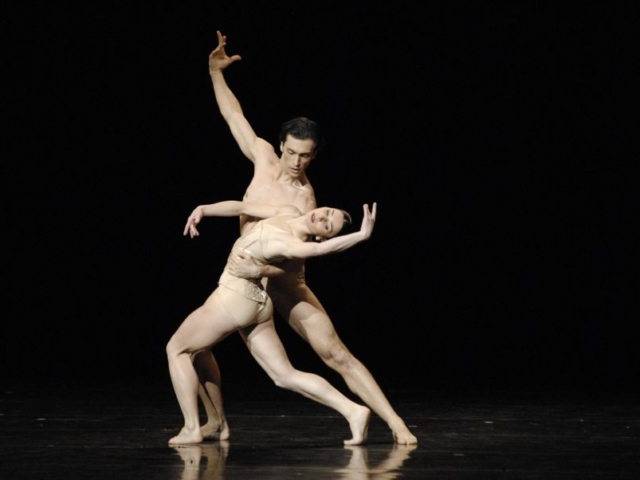 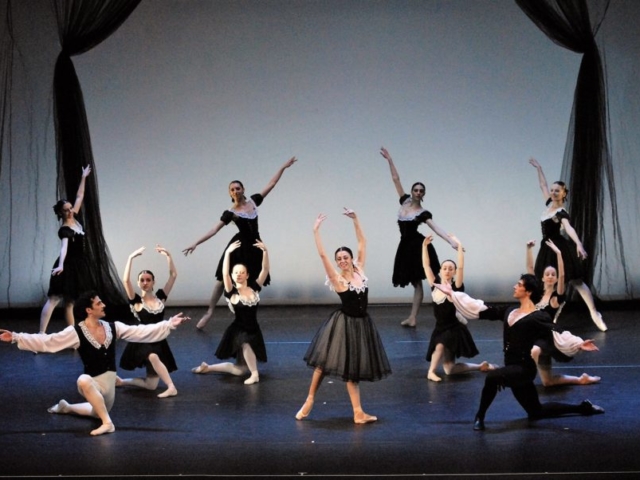 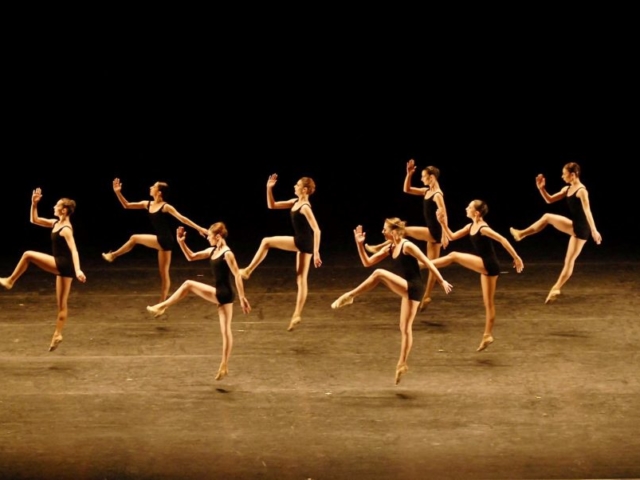 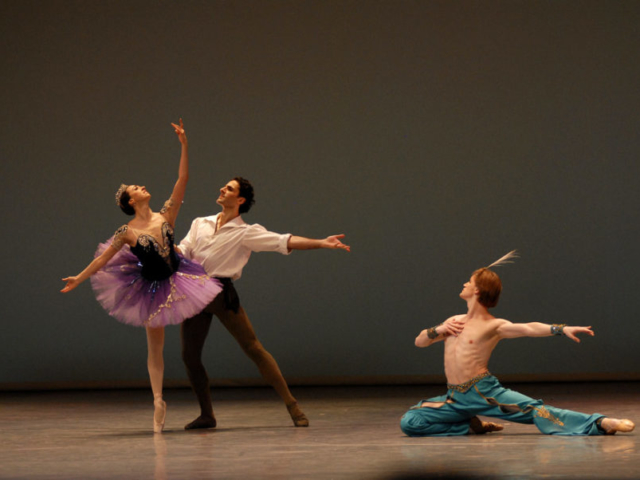 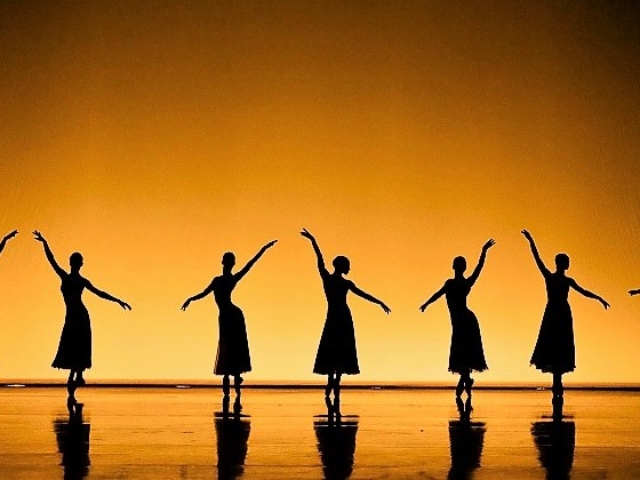 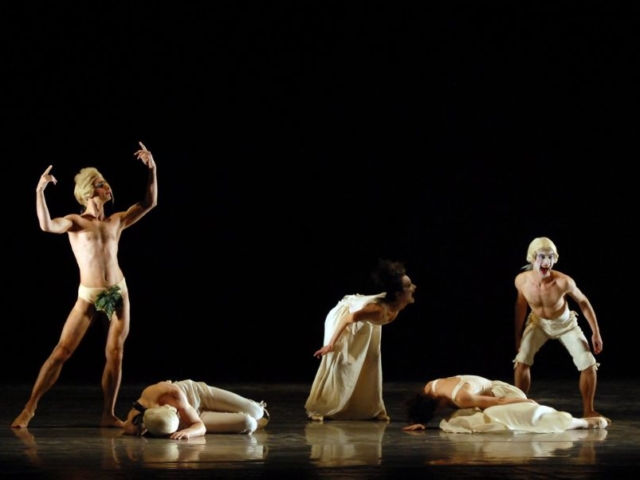