The history of Yaushev Mordovian State Opera and Ballet Theatre

In the early 20th century public in Saransk was able to visit the musical plays only at the guest performances. Just in 1930 first national music and drama studio was staffed. 18 candidates from 300 of seekers were appointed. The former singer of Shalyapin opera company Organov became the music director of the studio. In 1932 during the third theater season the music and drama studio company was reorganized into Mordovian national theater.

The opening of the music theater was discussed at that moment. In 1935 Kuibyshev portable music theater that had a wide repertoir of classical operettas visited Saransk. The major part of that company became a base of new musical theater in Saransk. At 28th November 1935 the theater opened its first season with operetta The Beggar Student by C.Millöcker.

A year later the list of production had 12 operettas, such as The Merry Widow and The Gipsy Love by Franz Lehár, The Gipsy Princess by Emmerich Kálmán, The Marriage Market by Victor Jacobi. In 1937 Fyodor Vazersky chaired the company, The Bolshoi theater took it under patronage and gave decorations and costumes for first performances. The season of 1937 was opened by opera Eugene Onegin by P. I. Tchaikovsky. Prince Gremin was performed by first mordovian professional opera artist Illarion Yaushev who graduated from Moscow music conservatory.In 1994 the State music theater of Republic of Mordovia was named by Yaushev. Plays based on the ethnical theme always were in the list of production of the theater.

In 1943 theater made a music drama Litova by Leonty Kirjukov.The drama had a success and the theater increased its repertoire not only with classical operas by Giuseppe Verdi, Charles Gounod, Gioachino Rossini, Pyotr Tchaikovsky, Nikolai Rimsky-Korsakov and Léo Delibes, but with national drama performances.There were opera Nesmeyan and Lamzur by Leonty Kirjukov (1944), the musical drama The Thunder`s Fiencee by K.Akimov (1967), the musical comedy Moksha Sun-Up by G.Pavlov (1974), the music novel Enchanter by V. Berenkov (1980), the national music drama The Lowland Wind by Gavriil Vdovin (1981), the music fairytale Silver Lake by Nina Kosheleva(1990), opera Siyazhar by Mikhail Fomin (1995). In 2012 the theater performed first run of two national plays. It was the concert performance of opera Patriarch Nikon by Mikhail Fomin and first national ballet Alyona of Arzamas by Nina Kosheleva.

The period 1935-1948 was important for development of ballet in the theater. In forties the list of production was increased with first remarkable choreographic performances. There were ballets Coppélia by Léo Delibes (staged P.Litoni in 1943) and The Fountain of Bakhchisarai by Boris Asafyev (staged L.Kolotnev in 1947).

Then the remarkable working period had gone and theater was engaged in less ambitious staging. In sixties the list of production was increased with the ballet evenings, which programs consisted of choreographic suites from classical operas as Walpurgis Night from Faust by Charles Gounod, The underwater palace from Rusalka by Alexander Dargomyzhsky, and Airs de danse from Lakme by Léo Delibes.

The time period of eighties and nineties was especially rewarding for the theater. The choreographer L. Akinina produced significant ballet performances that greatly influenced our musical theater.Her one-act ballets Francesca da Rimini by Pyotr Tchaikovsky, Guernica by A. Morozov , Jonathan Livingston Seagull by Sergei Terkhanov had a great success. Her co-works with Mordovian Republic Children Choreographic School were successful too. There were ballets The Nutcracker by Pyotr Tchaikovsky, Boléro by Maurice Ravel, The Ball in the Crystal Palace based on Mikhail Glinka` music.

The modern period of ballet in Saransk started in nineties. For the first time in a long period the theater produced the fully-fledged classical ballet Coppélia by Léo Delibes (1998).In 1999 the first night of Giselle by Adolphe Adam took place. In 2001 the ballets Les Sylphides with the music by Frédéric Chopin and Paquita grand pas classique by Ludwig Minkus were staged. In 2003 Valery Miklin produced his version of Swan Lake by Pyotr Tchaikovsky. The choreographer Alexei Batrakov increased the repertoir with modern-styled miniature-ballets Petrushka with the music by Igor Stravinsky, The Ship of Fools with the music by Richard Wagner etc. In 2010 the choreographer Sergei Tsvetkov produced The Evening of Classical Ballet Grand Pas.

Today the ballet company in Saransk is a constantly upgrading collective. Its list of productions contains not only the classical performances as Giselle by A. Adam, Don Quixote by L.Minkus, La Esmeralda by Cesare Pugni, Swan Lake by P. Tchaikovsky, but also modern productions as One Thousand and One Nights by Fikret Amirov and Seven Beauties by Gara Garayev staged by Vitaly Akhundoff, Carmen with music by Georges Bizet and The Little Humpbacked Horse by Rodion Shchedrin staged by Nadezhda Kalinina, The Nutcracker by Pyotr Tchaikovsky staged and booked by Alexei Batrakov, and also choreography in musicals, operettas and operas. 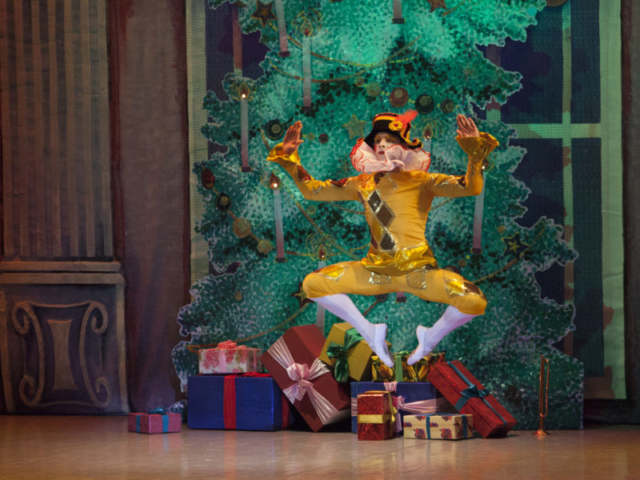 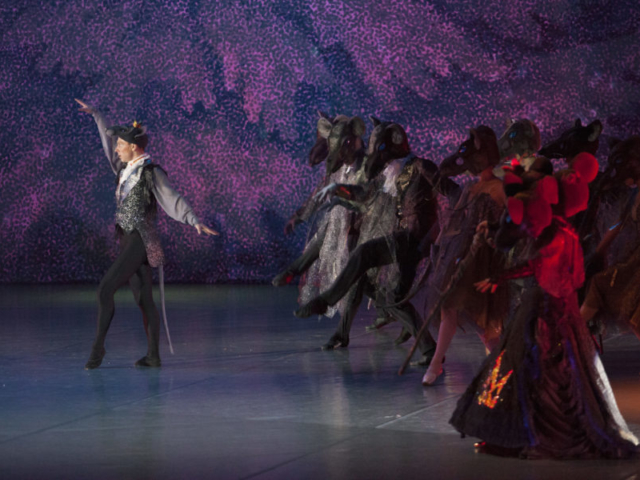 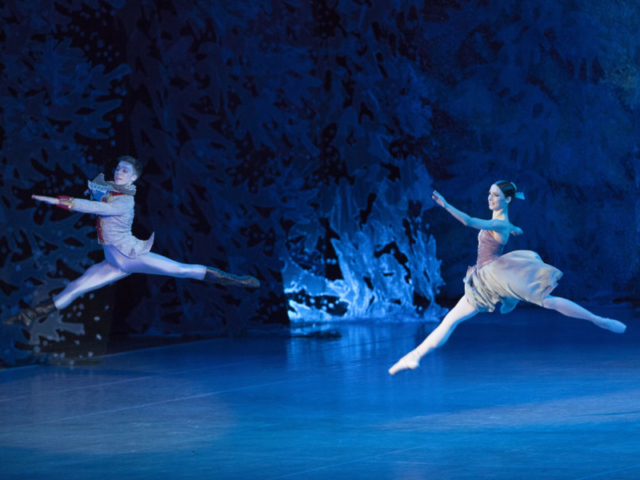 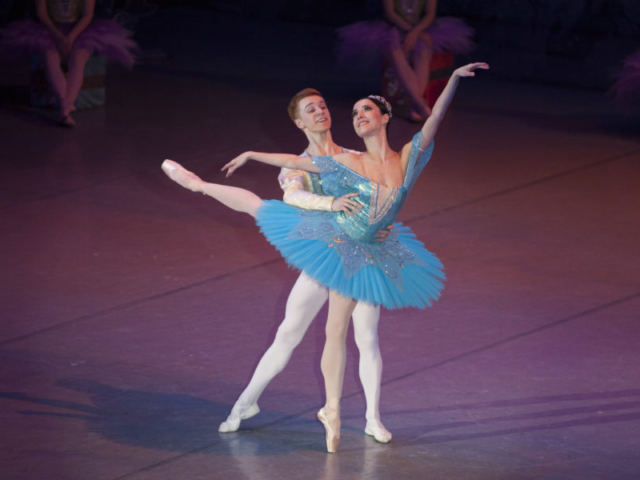 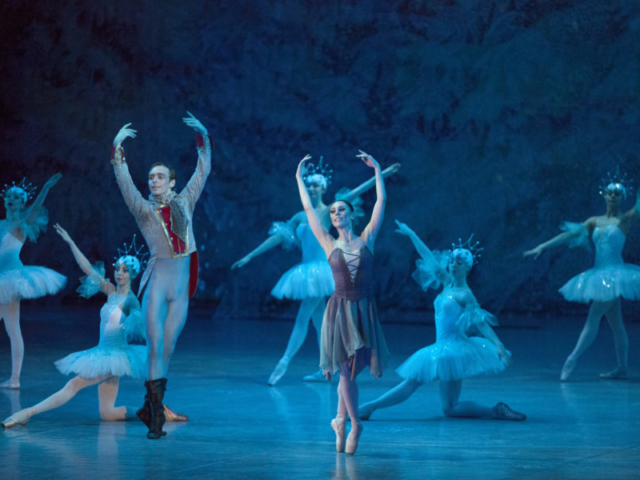 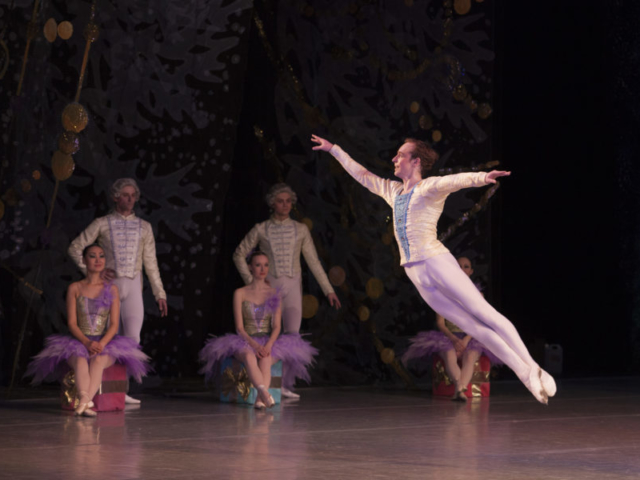